It was very special.  As it came time for "changing of the guards," as I would call it, when Merle would bring the next kiddo to me and take the former home, the children had this very sweet way of greeting each other and showing the new child in the house all of the fun things in the rental (the bathroom, the washing machine..just amazing stuff, you know).

On Millie's day, we went down to the dock and built sandcastles on the little beach. As the lake water lapped at our heels, we created an entire village.  Tiny castles (for the tiny princesses, of course), huge, intricate sandcastles (from a mold) with windows, decorations, and details galore.  We made a moat.  We made a swimming pool for the imaginary children.  We were so proud of all that we had built--together.

But then, a huge speed boat far in the distance passed by the house.  Neither Millie nor I saw it.   We only saw the aftermath.  As the waves crashed on the beach, we realized all of our hard work was about to be washed away and there was absolutely nothing we could do stop it.

We watched in silence as the big waves crashed into our little village.

Everything was decimated.  Our little pool filled with sand.  The moat offered no more protection than a loose, floppy bandaid.  Everything for which we had worked so hard was gone in an instant.

You may be thinking, "So what.  It's a sandcastle...you knew you were building on the side of a lake."  And that's true, but to this little girl, this was all of her hard work with one of the people she values most in this world.

And now her village was nothing more than a few wet lumps in the sand.

I held her tightly to me.  The crashing of the waves quieted to a slow ebb.  We took a deep breath as we held each other.  Then she said to me, "You know, Mommy, we'll just build it back--but better."  And off she went, gathering sand for her next village.

Wow, Millie.  What a truly resilient thing to say. Most kids would have cried, stomped off, or even just given up with nothing else said.  And I wouldn't have questioned that response.  That sort of unexpected ruin is not something that is pleasant in any form (understatement of the century).

But yes, we would build back better--and we would do it together.  "Come on, Mom, she said.  Let's get started."

Millie didn't realize how much she taught me yesterday.  I, too, have experienced a series of life events in which things that I thought I'd built on steady ground have washed away--or at least changed shape in a way that I never expected.

I've struggled with this in the absence of my father, who was the fixer of all.  I could call him any day, any time, and he would say, "Hello, darlin."  He would let me spill my guts on what I thought was "broken" or "washed away," and he would come up with a plan.  It might have been a wacky plan, mind you, but he always had a plan to get me back on my feet.

But now, Daddy's not here and as my little sand village has washed away (in some ways), I find myself missing Daddy more than ever.  I listen to the only voicemail I have left of him.  He's, of course, giving me business advice, but his kick ass, compassionate kind of way (you had to know him to understand that).

At the end of the voicemail, he says, "God forbid something is to happen to me, but spending last week at Lake Anna with you and those babies was worth everything.  I love you all and I'd do anything to help you."

Now, as I look out at a new week--and even a new season of life--I realize that, like Millie said, we will build back better.  And we'll do it together.  Not all in one day.  Not all in one year.  Some things that we hoped for will get slid to the back burner.  Something that we planned for will have to be reimagined.

But, we'll do it together.  We'll build it back better.  And some things, you know, never wash away.  Things like love, commitment, and kindness.

So today, if you're looking out at the week--or even at your life--and feeling like some of the things you hoped for have washed away, I'll encourage you to do as Millie does.  Hug someone you love, take a deep breath, and hop down on the sand and build back better. 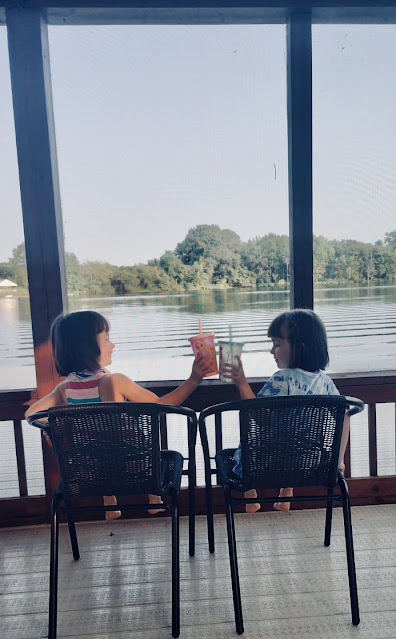 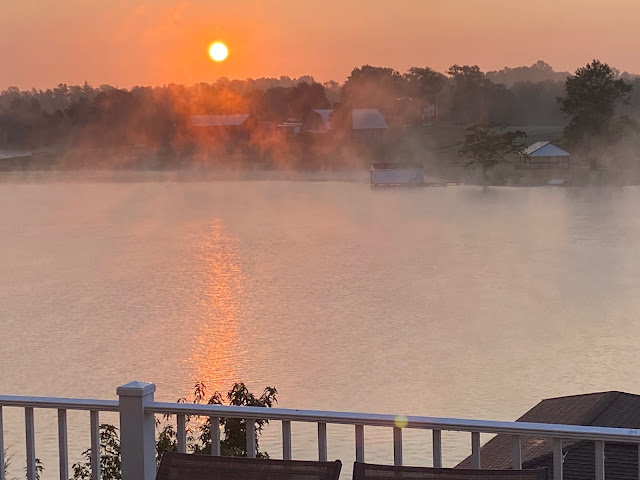 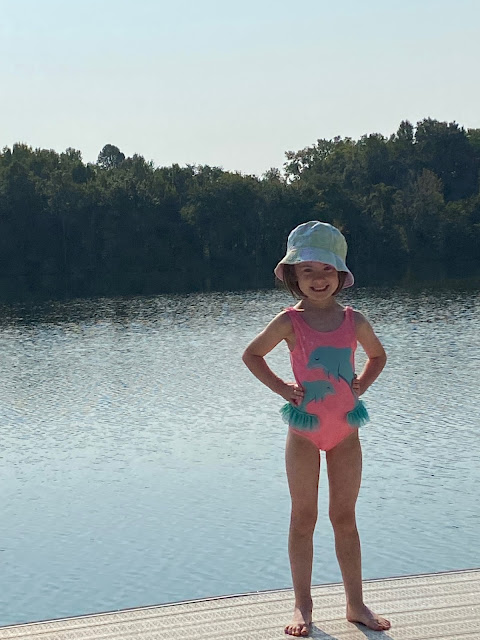 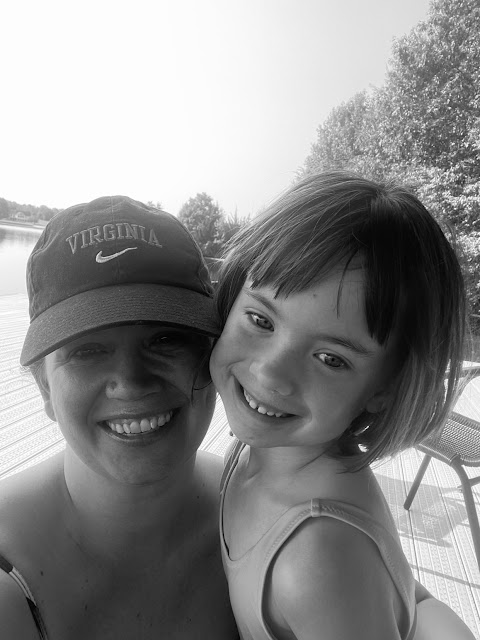 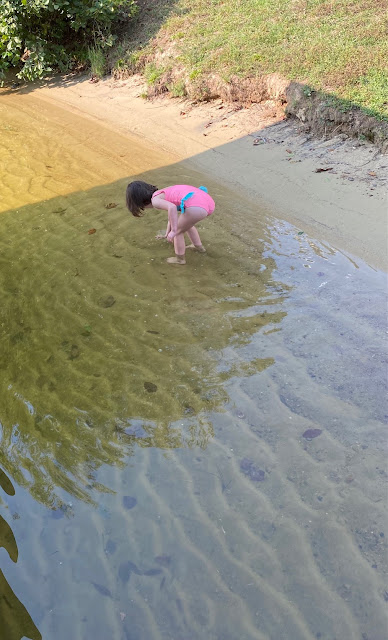 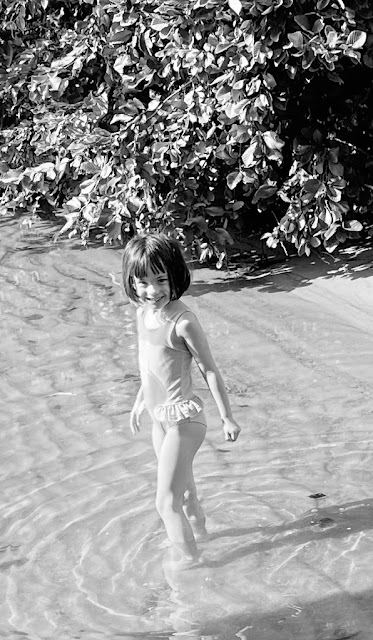 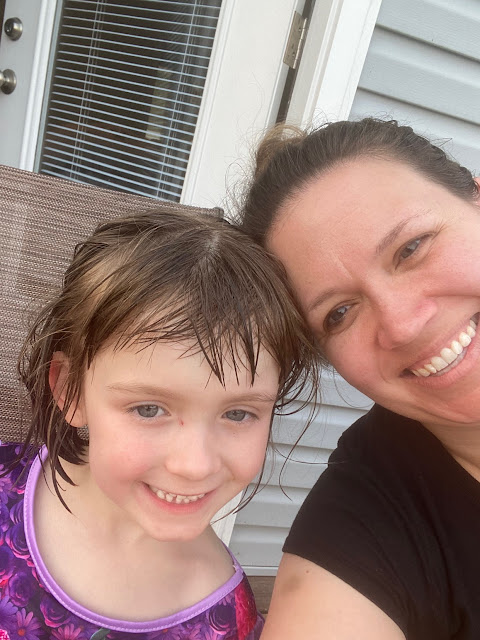 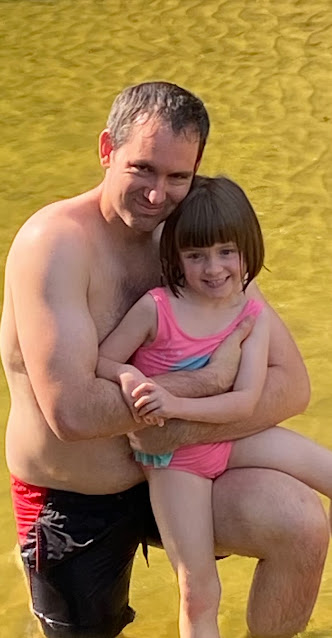 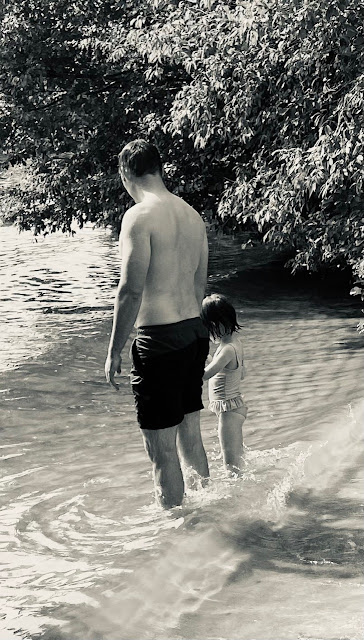 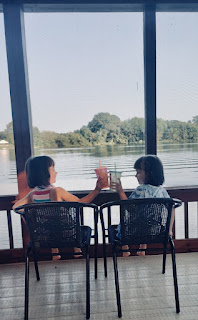 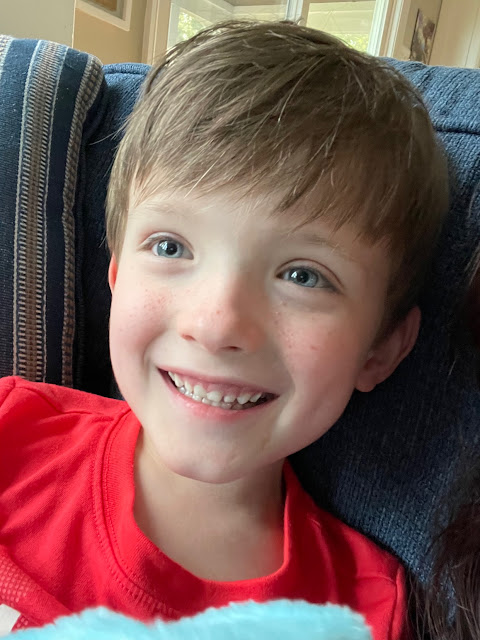 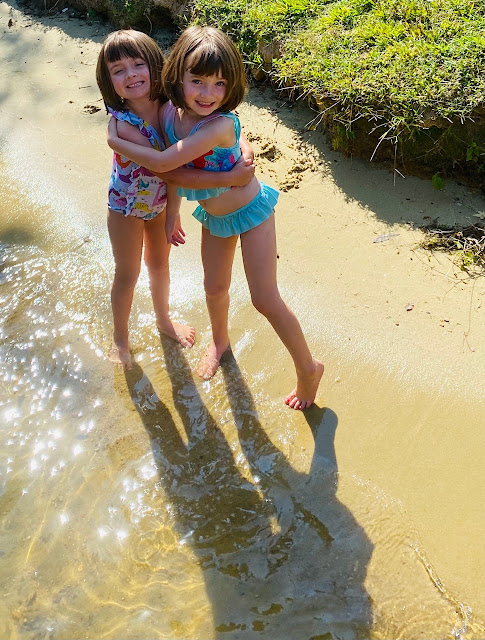 Posted by Margaret Bolton Baudinet at 4:55 AM