The doctor's visit confirmed that there were indeed FIVE little Baudinet bundles of joy in my tummy. Not four--five.  So now we have a basketball team?  Oh boy.  I only thought my husband was pale before.

The tough part was that as soon as the doctors confirmed the fifth baby, they began to immediately talk about the risks involved in a high order multiple pregnancy (pre-term labor, preeclampsia, cerebral palsy, blindness, deafness, infant mortality, mother mortality, etc).  As a result, this doctor (and the other doctors in her practice) recommended we "reduce" the pregnancy to twins. For those of you who don't know, "reduction" means that the doctor would take a needle and inject potassium chloride into the baby's heart to make it stop beating (in other words, reduction means aborting several babies to increase the chances of a positive outcome for the other children).

As you can imagine, this is terrifying to hear, especially after you've heard that if you don't reduce, your kids may have severe disabilities if they are lucky enough to even survive (much less you, the mother...oh yeah, almost forgot about you!).

Michael and I sought a second opinion.  This doctor did not make a recommendation but was clear that reduction provided the best chance for at least some of the babies to make it.  He told us that the last set of quints he delivered came at 27 weeks--one died, one was blind, two had cerebral palsy and one was "normal" (don't you hate that word--normal?  Grrrr--end of rant). He said there was nothing we could do to improve our odds if we chose to keep them all. We walked out afraid that we would be sentencing all five to certain death if we did not reduce.

We had to decide what to do before 11 weeks gestation, so we had about 2 weeks left.  Each week that I went in for an ultrasound, the doctor would say, "I'm so sorry, but your babies are healthy."  Doesn't that sound odd?  These doctors were hoping that one, two, three of my children wouldn't make it?  I couldn't take it anymore.  We switched doctors.

We began working with the University of Virginia Maternal Fetal Medicine practice.  I can't say enough good things about these folks.  Although the still believed reduction was our best option, they didn't push it on us. They told us if we wanted to keep the quints, they would do everything they could to help.

Michael and I weren't convinced reduction could be the answer. We just didn't think we could bear murdering our children and then continuing to live a life devoted to our God and His kingdom.

Luckily, being the prolific reader that he is, Michael came across a Newsweek story about Dr. John Elliott of Phoenix, Arizona. 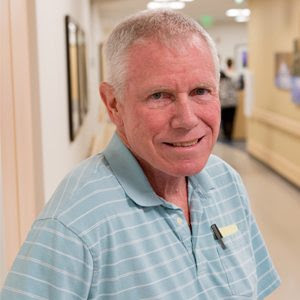 This is a doctor that specializes in saving high order multiples. He celebrates getting moms to longer-than-average gestation times and reducing the risk of physical/mental handicaps. From everything we could find, no doctor had more experience with high order multiples. And every one of his patients seemed to rave about him. In fact, Michael's aunt lives in Phoenix and has a friend who was a neonatal nurse. She, too, said that Dr. Elliott was the best (and had actually delivered her daughter years earlier).

Needless to say, we were very interested, but had no idea how this would work.  After we left a message with his office explaining our situation, Dr. Elliott called us on a Thursday night and spent an hour with us on the phone, explaining the risks and rewards of keeping all five babies. Most importantly for us, Dr. Elliott was the first doctor who didn't tell us that keeping the quints meant that we would "hope for the best." Instead, he had the attitude that "this can be done." While he did not sugarcoat the risks, he explained that he could help the pregnancy succeed. It would not be easy, but it could be done.

We agreed to take the weekend to think it over.  Michael went to meet with his priest and I met with the pastor at my church.  We both spent time in prayer and meditation.  We were both, of course, terrified that we wouldn't be able to agree.  As Michael talked to his priest, the priest reminded Michael to "honor his wife."  To think of this as an opportunity to honor his wife and his God.  I thought that was such a beautiful sentiment.

To me, this meant that we would keep all five babies and let God determine their fate.  Michael agreed and thus began our Bundle of Baudinets journey.

Posted by Margaret Bolton Baudinet at 11:56 AM